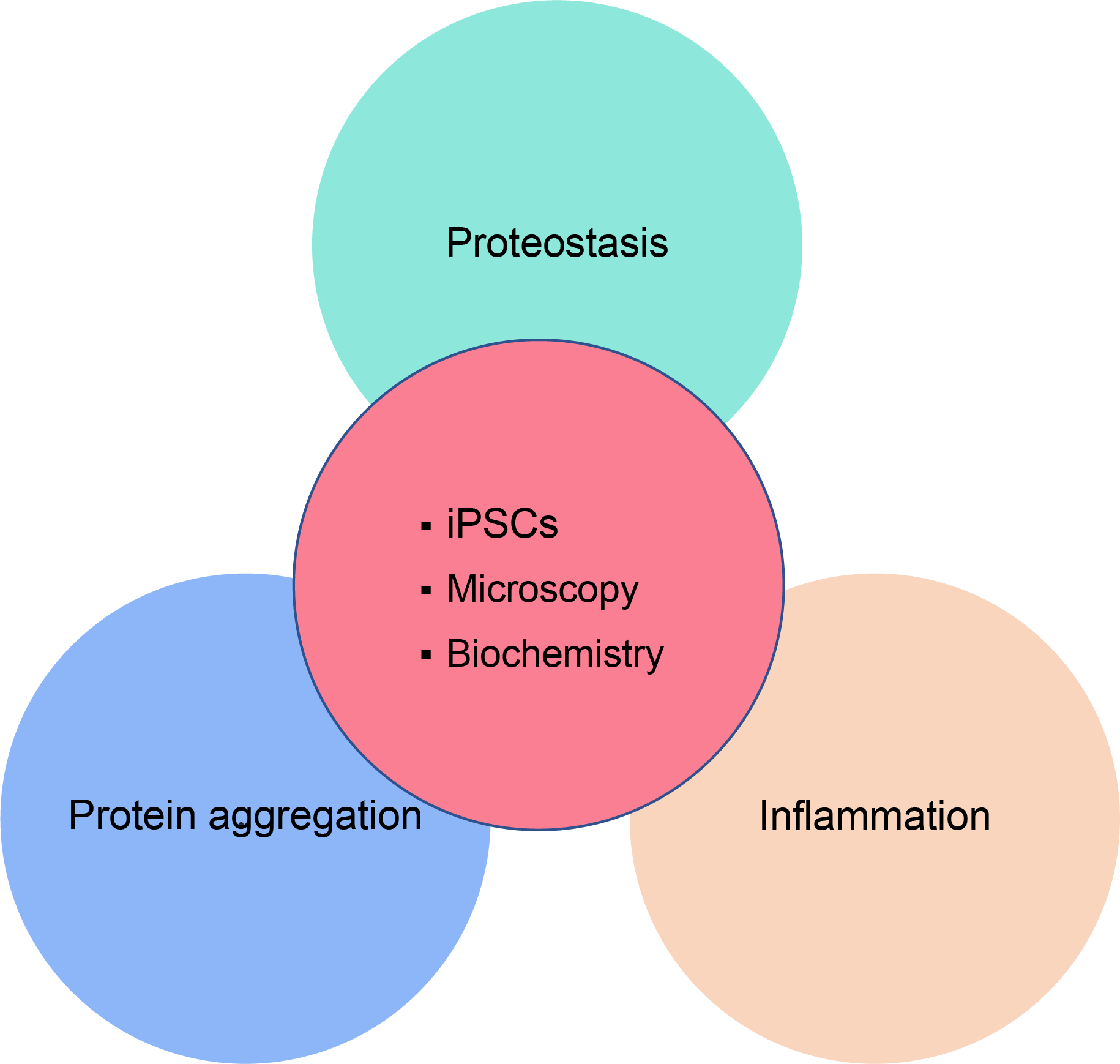 Our current research aims to uncover the critical functions of the ubiquitin and proteasome systems in inflammation and degeneration of neurons leading up to dementia and ageing-related disorders. In particular, we are interested in cell stress induced by the aggregation of misfolded proteins, such as tau and alpha-synuclein, and how their distinct oligomeric and aggregate forms may alter cellular degradation and inflammatory responses. Combining advanced fluorescence microscopy with targeted cell biology and gene editing approaches to control distinct proteasome functions, we are seeking novel ways to restrict progression of neurodegeneration that leads up to disease. We use tauopathy and synucleinopathy model neuronal and glial systems derived from iPSCs; tau, alpha-synuclein and amyloid protein biochemistry; and in situ characterisation of molecular pathology in tissues.

Plain English
Our lab works on uncovering the events that occur within and between cells found in the human brain and how these cellular communications may behave abnormally in dementia and neurodegenerative disorders such as Alzheimer’s and Parkinson’s disease, hereafter referred to as AD and PD, respectively. A major component of all our cells are proteins, which are responsible for catalysing reactions, provide scaffolding for e.g. changes in cellular structures and to maintain the cell in a healthy state.
Proteins that become obsolete or dysfunctional are removed by molecular machines called “proteasomes”, which recycle proteins back into their chemical components. Some obsolete proteins are ‘sticky’ in nature and if left unchecked, they tend to stick together and accumulate to form toxic agents that harm cells, a process known as “protein aggregation”. Proteasomes remove these obsolete proteins and are therefore important to prevent the build-up of toxic agents. The consequences of these toxic agents can be dire, causing stress within nerve cells so that normal biological communication cannot occur and eventually result in their death, known as “neurodegeneration”. Many other proteins, including key proteins that switch on and off inflammation and DNA repair, are also recycled by proteasomes. Therefore, the function of proteasomes is important in regulating biological processes through changing the level of proteins involved in these processes. For instance, proteasomes have been shown to have vital roles in helping nerve cells to establish communication lines and memory formation. Moreover, in tissues donated by patients suffering AD and PD, a loss in proteasome activity was observed for both disorders.

Proteasomes are abundant molecular recycling machines that govern a wide range of important processes such as proteostasis, pro-inflammatory signalling, DNA repair and various cell stress responses. The proteasome holoenzyme consists of a proteolytic 20S core particle, capped on one or both ends with 19S regulatory particles, which recognise and unfold substrates. Besides these constitutively expressed particles, other specific particles exist, such as the nucleus-specific PA200, as well as the immune-activated 'immunoproteasome' and the 11S REG. Emerging data have suggested that subunits of the immunoproteasome are AD risk genes and that they are found near protein aggregates in AD models. Our lab is interested in the various proteasome particles that exist in different cell types and how their abundance is influenced by neurodegeneration. We are studying the activity and localisation of proteasome particles involved in cell stress repsonses. 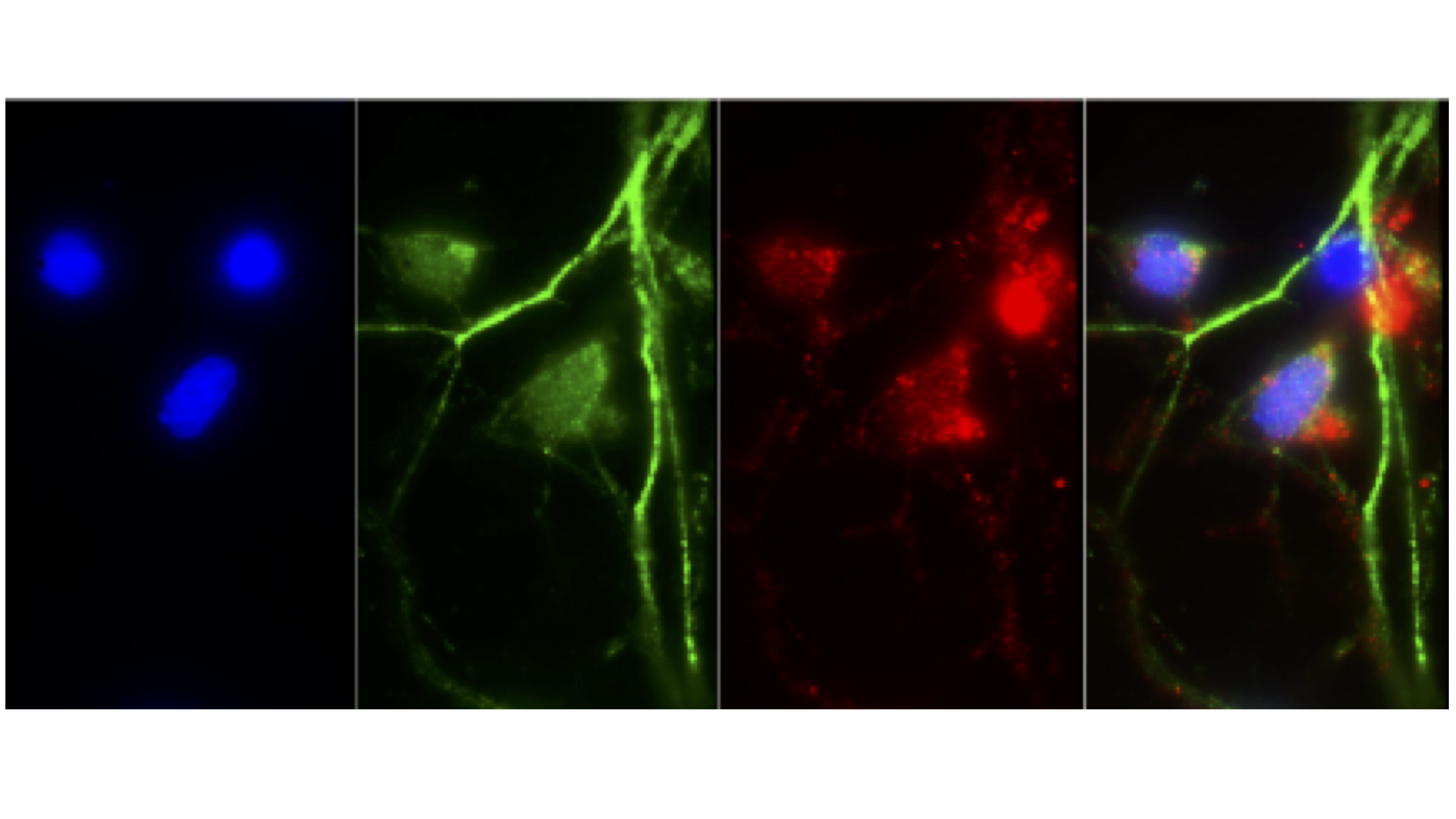 That dysregulation of proteasome functions are associated with neurodegenerative disorders has been demonstrated at the molecular level, in neurons, and in postmortem human donor tissues. The proteasome system has been assigned with important roles in neuronal functions, including regulating axonal growth and synapse formation, as well as dendritic activity. It is therefore not surprising that impairment or sequestering of proteasomal particles from subcellular regions may have devastating outcomes that result in neuronal degeneration. We recently found provided evidence that proteasomes concentrate around aggregates that invade cells. Using advanced 2D and 3D imaging of neurons, our lab is investigating how proteasomes and potential cofactors may support protein and aggregate degradation and how dysfunction of the proteasome system may lead to neurodegenerative conditions.

The presence of insoluble protein deposits in the brain is a hallmark of neurodegenerative disorders, which include Alzheimer's and Parkinson's disease. Distinct misfolded proteins, such as tau and alpha-synuclein, have been associated with different neurodegenerative disorders. Aggregation of these misfolded proteins goes through several stages, during which the monomeric proteins assemble into oligomers in solution, which then through further aggregation and conformationally re-arrangements eventually form filament structures (fibrils). While the aggregation process has gained much attention, relatively little is known about the reverse process of aggregate removal. Our lab is interested in which additional co-proteins may assist proteasomes in removing stable fibrils and how the toxic oligomers that damage biological functions may be removed by the ubiquitin-proteasome system (UPS), thus reversing neurodegeneration. We are now expanding our research into understanding how additional modifications may influence aggregation, toxicity and susceptibility to be targeted by the UPS. 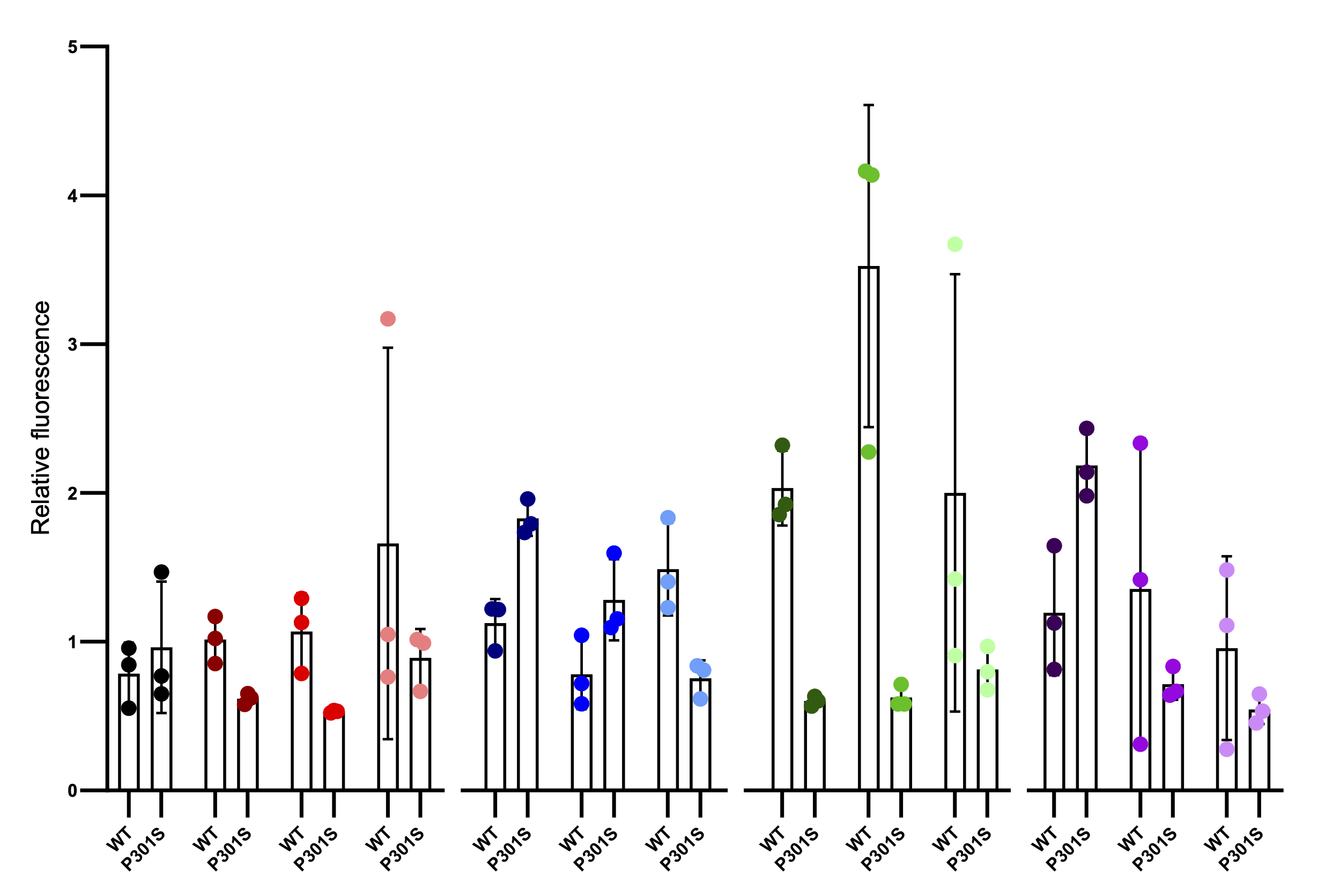 The ubiquitin-proteasome system (UPS) plays major regulatory functions in the activation of pro-inflammatory signalling through the NF-kB pathway, and more recently reported the c/EBPb pathway in microglia. We are interested in defining the proteasome types that are involved in regulating pro-inflammatory signalling in response to aggregate-induced stress. We think that different cell states may have variable proteasome levels and thus regulate inflammation activation diffeerently. We are interested identifying proteasome activities important to regulation inflammation and how aggregates may dysregulate these activities leading neurodegeneration. Using advanced microscopy and genetically engineered iPSCs, we would like to study how proteasomes are associated with aggregate formation in neurons and microglia of AD and PD models. We believe that distinct types of proteasomes may be novel therapeutic targets to ameliorate AD- and PD-associated cognitive deficits. 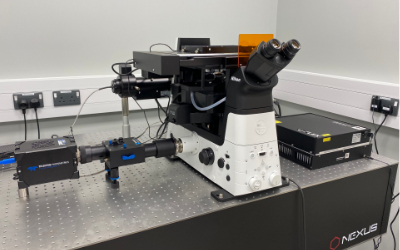 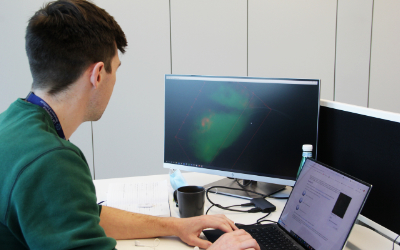 We have a portfolio of analysis methods which include custom-written codes for single-particle identification and trafficking, protein co-localisation, cell masking and sub pixel aggregate size analysis.

We have recently built on previous methods to reconstruct multicolour super-resolution images in 3D from within cells and tissues. 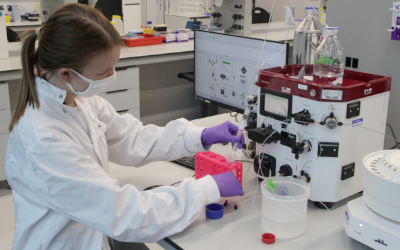 The lab uses a range of canonical molecular biology and protein biochemistry techniques for in vitro studies. 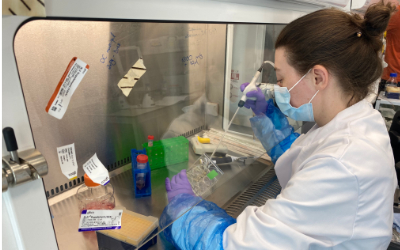 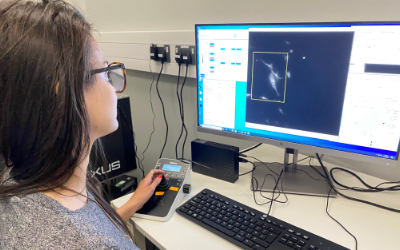 We are modifying the genome to enable live imaging of specific proteins in neurons and microglial cultures. Using CRISPR knockouts we are investigating the function of specific proteasome-related genes. 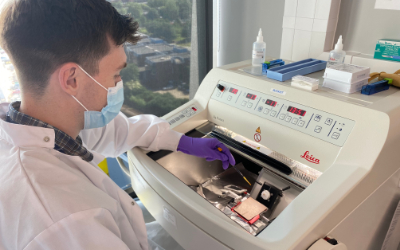 In collaboration with other groups within the UK DRI, we are studying different neurodegenerative diseases from aggregate-containing models and patient donors.